Take your field trip experience to new heights by adding a UC Davis Multiverse Theater program to your plans. Your students will get a live presentation from one of our talented and entertaining Curiosity Collaborators, while also connecting with key science standards in this technically advanced dome theater.

We combine live narration with digital technologies using six projectors to launch your class through our solar system and beyond to the constellations.

Tour of Our Solar System

Introduce your students to fascinating worlds in our solar system and beyond in our UC Davis Multiverse Theater.

Students begin their journey right here in Sacramento at MOSAC, then lift-off into outer space and head to the Sun, the center of our solar system. Students journey to the planets stopping by to discover their unique features. Other celestial bodies in our galaxy and beyond are also explored.

Stars, Solar System and Beyond

Our planetarium educator will guide your students on a tour of the Universe. They begin with objects that can be viewed in our local night sky, and then head to the Sun, objects in our solar system, and beyond out through the Universe.

A unique opportunity for your students to explore the local night sky as it will appear on the day of your field trip. They will learn about currently visible planets and constellations — with a focus on what constellations represent, how they were used in the past, and how to find them in the night sky. Students will observe patterns in the motions of the Sun, moon, and stars. They will travel beyond our visible night sky and visit astronomical objects in our solar system and find our location in the Milky Way Galaxy. This is a great opportunity to show that our galaxy is not the only one in the Universe.

Our Night Sky and the Secret Lives of Stars

In this presenter-led tour of the local night sky, students learn about constellations and planets that will be visible on the day of their visit. Additionally in the Multiverse Theater, students will view breathtaking examples of stellar evolution in the film, The Secret Lives of Stars.

A unique opportunity for your students to explore the current local night sky. Our planetarium educator will guide your students as they learn about planets and constellations currently visible — what they represent, how they were used in the past, and how to find them in the night sky. They will observe patterns in the motions of the Sun, moon and stars, and why some stars appear brighter than others in the night sky. Students will go deeper in this content through the breathtaking visuals of stellar evolution in the film, The Secret Lives of Stars.

Film: The Secret Lives of Stars
Not all stars are created equal. Some are massive, others are tiny, almost insignificant. The specific characteristics of a star will determine what type of life it will lead, how long it might live and even the type of final decay and death it will experience. We will witness the amazing variety of stars and peer into their secret lives. Narrated by Sir Patrick Stewart of TV’s Star Trek: The Next Generation and the X-Men films.

The Solar System and its Hidden Worlds

Students lift off from planet Earth and head to the Sun at the center of our solar system. They learn fascinating details about the Sun and then journey far away, exploring the planets, dwarf planets, unique moons – some with oceans, others covered with volcanoes. Students visit the dwarf planet Ceres, found right in the asteroid belt, to learn about its mysterious lights. Oort Cloud and Kuiper Belt objects like Comet 67P are also explored. Students view the Milky Way Galaxy and beyond, realizing that the Universe is made up of billions of galaxies.

Film: The Edge of Darkness
This film features amazing scenes of places never-before seen as gathered by key space missions, which culminated in groundbreaking discoveries. It features a spectacular flight through the great cliffs on comet 67P, a close look at the fascinating bright “lights” on Ceres, and the first ever close ups of dwarf binary planet Pluto/Charon and its moons. Narrated by Hayley Atwell, Agent Carter from the Marvel Cinematic Universe and the ABC television series.

Secrets of the Universe

MOSAC is proud to present, Secrets of the Universe, a film to inspire the inner scientist in everyone. Featuring UC Davis Professor Manuel Calderón De La Barca Sánchez, this film is a giant-screen adventure that immerses audiences in the greatest mysteries of our time – puzzles spanning from the infinitesimal to the infinite and introduces the brilliant minds seeking to unravel them.

Those answers await at the collision points of intellect and imagination, of theory and experiment, of the tiniest particles and most powerful forces in the universe.

Humpback Whales is an extraordinary journey into the mysterious world of one of nature’s most awe-inspiring marine mammals. Set in the spectacular waters of Alaska, Hawaii and the remote islands of Tonga, this ocean adventure offers audiences an up-close look at how these whales communicate, sing, feed, play and take care of their young.

Humpbacks were nearly driven to extinction 50 years ago, but today are making a slow but remarkable recovery. Join a team of researchers as they unlock the secrets of the humpback and find out why humpbacks are the most acrobatic of all whales, why they sing their haunting songs, and why these intelligent, 55-foot, 50-ton animals migrate up to 10,000 miles round-trip every year. 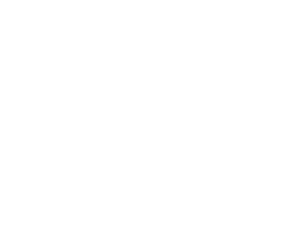 © Copyright SMUD Museum of Science and Curiosity. All Rights Reserved.